I spent the next few days walking around Tórshavn, exploring the old town with its pretty sod roofs, and heading on beyond to Kaldbak, where there is a nice 18th century church, and also a supposedly warm pool but I didn’t investigate that. It’s about 20km and I forgot the food I had intended to bring so by the time I got there I was ravenous and had no intentions of walking back. Unfortunately the city buses (which are free!) don’t run on Sunday’s. Still it was a nice walk, apart from the Arctic terns, who are most definitely the assholes of the skies, and there were a few nice waterfalls on the way.

I’ve learnt that it’s easier to just expect all weathers and forget about the forecast. I’m using the Danish met service, the Norwegian one, the least accurate weather app Accuweather and another random one and they are rarely in agreement, in contrast with Veður in Iceland which is ok. The weather changes in minutes here so a grey overcast scene can be transformed when the light breaks through the clouds but you have to be patient. Later that evening when I was talking to a French photographer Christophe, who’s been travelling the same path as me since Seydisfjordur the light hit Nólsoy across the bay and we all rushed out with our cameras. He’s been travelling in Iceland and is now heading back to France to complete a book on the specialities of each region as you can see on his website. He was heading to Mykines but as I discovered the boat is booked in advance so I would have to go later. I also met some Swedish bikers, and we chatted about places we had been in Iceland, and who kindly gave me some tins of food so it’s Swedish meatballs tonight so thanks Kjell! 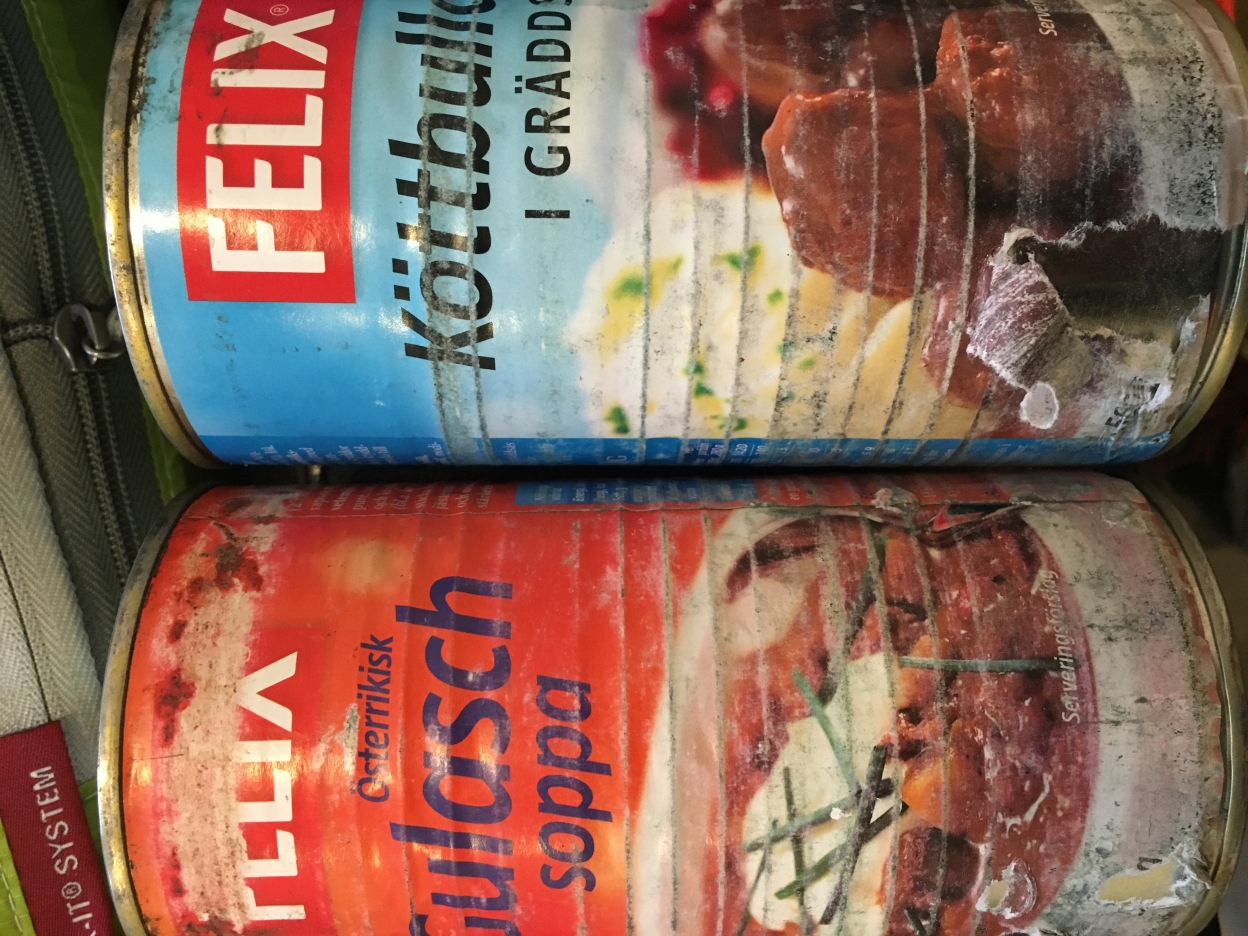 Instead I went to Giljanes on Vágur (100kr for a tent, showers included, also there’s a hostel) and hiked along to the cliffs nearby. It was freezing as the wind funnelled through the valley and thankfully I’m way too afraid of heights to go anywhere near the edge (and also missed the waterfall for the same reason) but when the sun broke out it was magical. The airport is by here, the runway heaped up to make a level area. They seem to farm fish here too and there was an explosion in the quarry which sent birds flying in all directions. Almost every family has a flock of hissing geese, the sheep roam everywhere and amongst fields where they were making cocks of grass in the old way you could see quite a few drills of potatoes. The view from my tent was spectacular, and was nearly blocked by a family with their jeep until they asked if I’d like them to move it. The next day as I was going to Mykines on the evening ferry I took it easy that morning and headed over to Sørvágur, and took photos around the harbour. There are lots of store houses by the pier with runners so the boats can be brought up. Outside of Tórshavn there aren’t that many amenities, a village can be just a church and a few houses, so don’t rely on being able to get supplies so easily if you have to walk to them.

The ferry to Mykines is just about an hour and the guide book over exaggerates the hop to the pier. The boat doesn’t exactly tie up but it’s no giant leap. There’s some steep steps up to the village and then I headed for the cafe/hostel to arrange the camping, got directions and when I arrived at the place and started pitching, encountered the most bizarre person I have met so far. This older American woman there told me that she was here for three months in a tent and that I should go to the far side of the river and that the other guy just put his tent up in the middle of the day. I said the campsite owner told me I could go either side and she replied that if I was going to be difficult about it she wouldn’t give me any more advice and strode off muttering to herself. I walked down to the two girls before me who had been herded across the river and they said much the same thing. On reflection I decided it might be better to be as far away from someone who was clearly mental and set up before heading down to the lighthouse. Or intended to. I got distracted half way by puffins again. The cliffs are high, vertigo comes to mind and it was hard to stay away from the edge as the path comes close in places. Of course there were sheep everywhere. 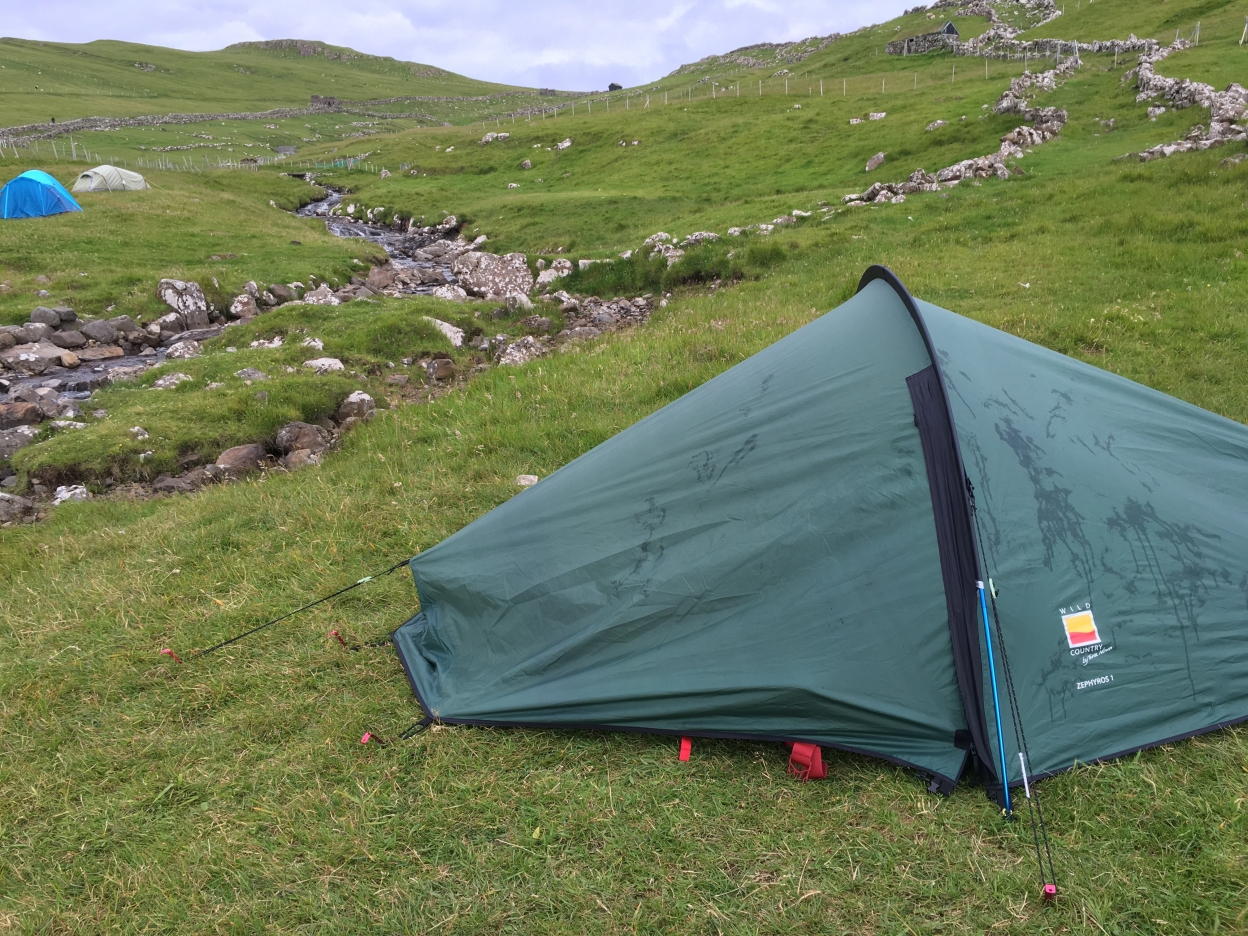 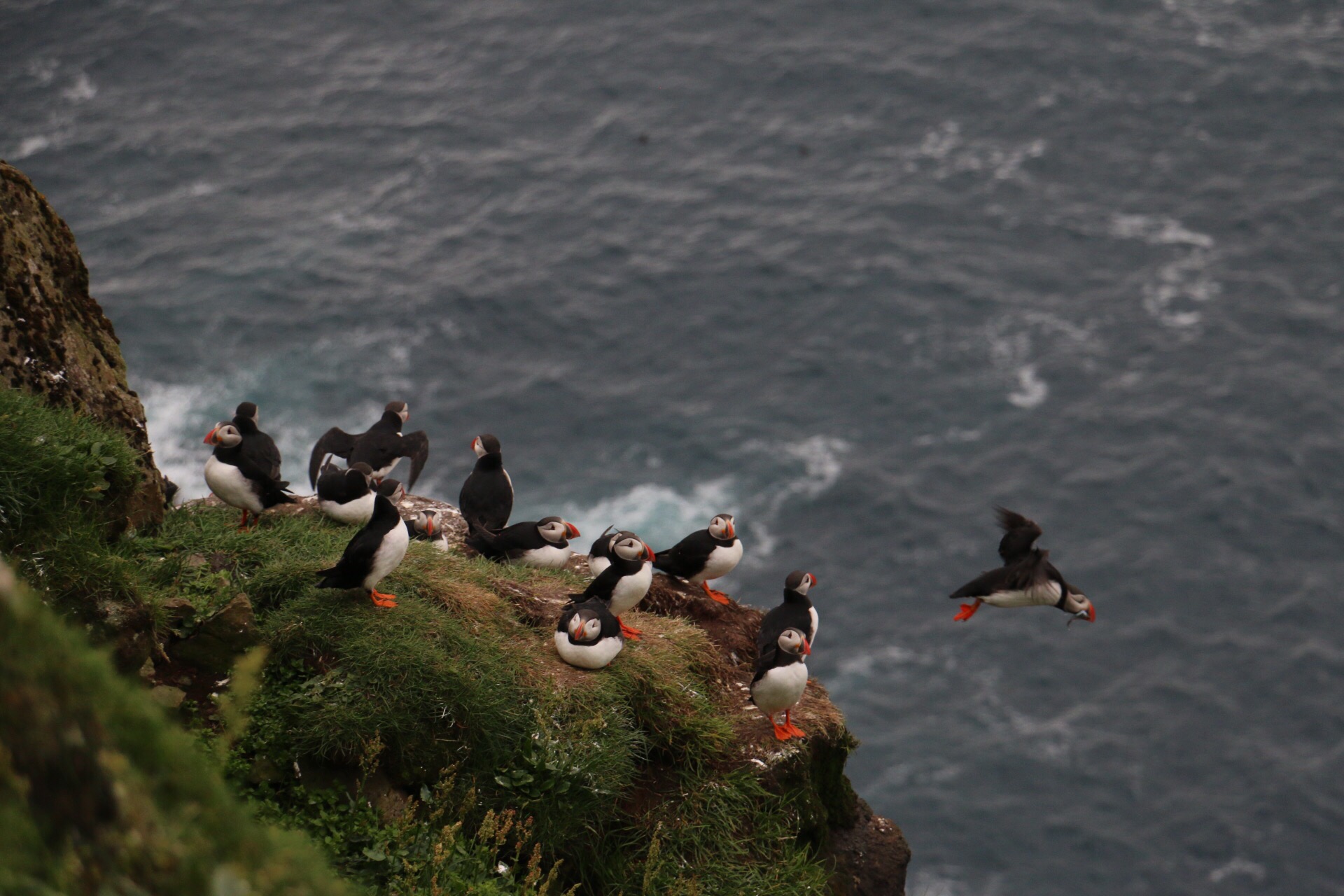 Back at the cafe, eating apple tart and charging my phone I got chatting to a couple from Somerset and a girl from New York, Ally. Lizzie and David, the British couple, were telling us about their many adventure and really make me want to go to Albania. I found another route back up to my tent so could avoid my neighbour, and after a couple of late evening shots, headed up bed on my coldest night yet. At least until I heated up my sleeping bag. I keep waking up at 3am. This time sliding down to the end of my sleeping mat. At 6 after seeing it was a beautiful morning I decided to head towards the lighthouse while the light was good and before the day hordes defended. As I approached the hill I wondered if I’d forgotten a statue there yesterday. But no, it was my bezzie, who said I was walking too loudly in her study area. I swear in the three hours I was over there she did not move. At all.

The paths are good but there are times when you think they just go straight off the cliff. Puffins have burrows everywhere. Even in the middle of the paths and it’s impossible not to send them scurrying. They have the cutest worried grunts that you hear coming out of the burrows and I never get tired of seeing them land. Like stricken B52 bombers thinking I can make this. 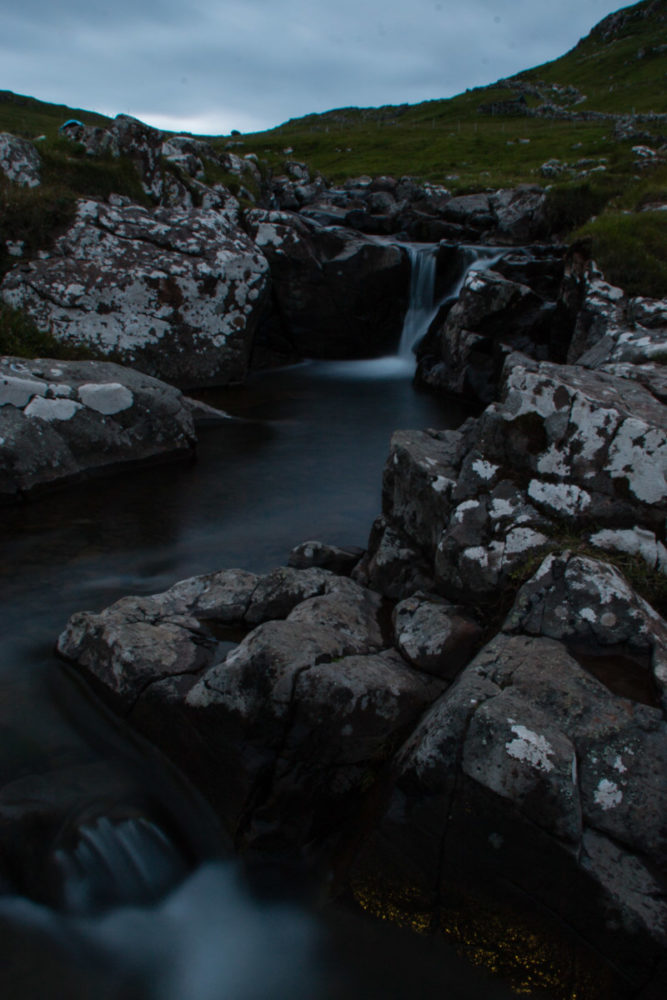 When I got back to the village covered in sheep shit, bird shit and whatever other kinds of shit there was, I met up with Ally, Lizzie and David at the cafe, packed up my gear, leaving it safely in the toilets for later and we headed off on a walk to the highest point, heading off to see basalt columns and the back to the village by some sheep shelters or old ruined houses, not sure which. It was really a lovely day, bar the obligatory tern attack. Lizzie and David are quite avid birdwatchers and could tell us all about the various species. So no longer are they the black and white mean ones, the big angry brown ones, the ones that sit on rocks – David has an Instagram account which I’ll have to check and see some of the great shots he took. Ally and I had been talking about travel companions, how they have to be in sync with you and I have to say I enjoyed the company immensely. Not just because I was not the only one stopping every few minutes to take pictures but travelling on your own makes you appreciate good company when you have it.

The views were just magnificent. Nothing I photographed could accurately capture how stunning this scenery is. The islands look like they were scooped up out of the ocean and mounded like clay. The light changed constantly and reveals new features and dimming old ones. It really was one of the most beautiful places I’d ever seen. Back at the village we split up to read our respective books, which I did down at the only tourist-free place, the quay; while rubbing my sore knee after the steep descent. Lizzie and David came down to the ferry to check their departure and waving me off I felt like a proper local. Of one night.

After getting a car for a few days (the luxury! A roof! Heat!) I was going to camp in Vestmanna but when I got there it was all campers and no place for a tent so I headed back to Tórshavn to wash myself and my clothes. I met Christophe again which was nice. And if I don’t fall asleep before the dryer finishes I will have accomplished all my goals today.

Thanks Stella! Some lovely shots today and have an amazing campsite too!

What a great blog Sibéal! Fab pics as usual !Just wondering was the second pic a selfie? We never knew there were so mny different type of SH1T !!!!
You learn something new every day!!

[…] German couple who politely asked if I minded them sitting by me at a waterfall. I’m not the Puffin Woman of Mykines, the river is there for everyone so of course not. The warden at the Botnar had recommended going […]