Santiago can feel strangely commercialised after being on the road for so long. A plethora of souvenir shops fill the old, narrow streets, hawking everything than can be covered in yellow arrows or shells. Still, I enjoyed a few days of doing very little and wandering the beautiful city, filling time between meals by taking photographs, visiting churches and museums before I headed for Finisterre. It was hard to recapture that feeling of finally reaching my destination though I watched others arrive in the large square before the cathedral. The rain often gives way to torrential downpours and I watched a pilgrim run to an overflow pipe sticking out over the roof of the cathedral for a shower.

As is typical after a little break it’s hard to get on the road again, and I struggled to pull off the soft sheets at 6:30 on Sunday morning. Pausing for a moment along in front of the cathedral I set off in the dark for Finisterre, the end of the world. I set off too early it seemed as I struggled to find the markers by torchlight in a pitch-black wood, and I nearly jumped out of my skin, when I literally almost stumbled on the tent if a rough sleeper, complete with washing line. This was after walking past a car, the driver door open and the decidedly disheveled dreadlocked driver snorting loudly. As ever all those times you think you’re going to be killed result in very few actual occasions of being killed.

As the light crept into the day I looked back to a view of the city, beautiful in a smoky purple sky. Almost immediately I was out in the countryside, peppered by villages that now formed part of Santiago’s municipality.

As forecast, the rain was a persistent feature of the day, and will be for the whole week. A definite annoyance when the expensive (€12), albergue had little in the way of heat and a tumble dryer that cut out every ten minutes and that cost me a fortune. Annoyed that I hadn’t chosen another lodging, that I just missed the supermarket’s early closing hours, I resigned myself to the drawbacks of out of season walking, as a balance to the lack of hordes on the roads.

I set off early enough as I was thinking of possibly making this my long day. At some point I would have to do a 30+km day so I would have time to walk to the lighthouse in Finesterre during the day and back, a round trip of about 10km. Though it was fairly hilly, which counted against my plan, it was also better weather than the following day, which was an argument for. Still raining on and off all day the walk was very pleasant through the usual eucalyptus trees, farms and a fair amount of furze which made it very reminiscent of home. 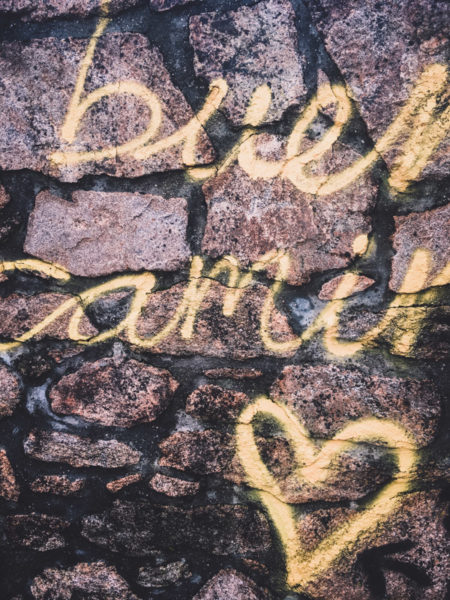 At some point in the afternoon I thought I could push on another bit, possibly the extra 13km to Olveiroa. I ended up walking with a German who had walked the Camino Portuguese but skipped Santiago to come west. My feet and shoulders ached. My boots were soaked through and the skin wrinkled all the day. At every point when I checked the distance it said another 2km more. I couldn’t keep the brisk pace I started with that morning and I wished I had left much earlier and skipped my food run that morning. Arriving just after dark, too tired to do anything other than shower and eat.

The next stage to Cee was going to be difficult as torrential rain and strong winds of 35-40km/hr were forecast. I rose late and sluggish, wanting to see the signposts as I walked and how the weather was turning out. I was by now heartily sick of the daily routine of trying to dry out everything. Of arriving cold and wet. Of sweating under my rain gear, the temperature has been mild of late. Of trying to dry my camera every time I used it. When I could use it, which isn’t often. Even today my phone was so wet even in my pocket I thought it would short out. It gets wearisome. 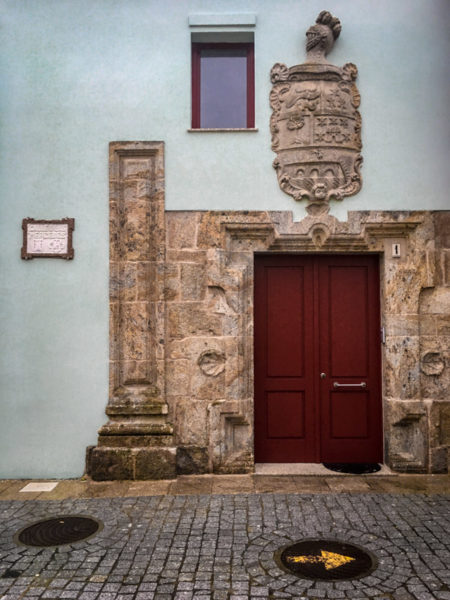 Still there was a short stretch with nice views down the valley but soon the fog was too thick to see far and a few times it suddenly rained so much that within a minute I was as wet as if I had jumped into the river. I saw little, walking bent at the waist, struggling against the wind along a rough stony path. By the time I reached Cee and my first sight of the sea in almost two months, I was ready to have a hot shower and wasn’t interested in walking another few kilometres.

The landscape is beautiful, this town quite pretty but I think I’d like to experience it in a season where I could see it and enjoy it.

Finesterre, the end of the world, on the coast of death, has a legendary status for several reasons. An important location in pagan tradition, containing a fertility rock I never found. It was also a popular area for retiring legionnaires, the Elysian Fields, resting place for warriors. There are legends that Jesus came here as a young man, that this was the initial resting place of St James when his body was brought from the Holy Land, and that he preached here and in Cornwall. In modern camino traditions it’s where you go to burn your clothes after completing your camino, fire outs provided. Something I’m not too enthusiastic about, it seems wasteful and not very eco-friendly. Swimming is popular but can be dangerous, allowing nine waves to wash over you to cleanse the spirit seems a safer option.

Certificates are available here and at Muxia like the Santiago Compostela, and a full loop back to Santiago is quite popular but the rain and now a final completion date and destination make me leave this for the next time.

As usual the day was wet with occasional soaking downpours. It was one of those days where despite rising reasonably early I took ages to really get going and have a few kilometers under the boots. Cee is the second of three towns along a bay and half the morning was gone before I had summited the ridiculously steep hill of the third. Going from bay to bay the day was short in miles, the smell of fresh cut vegetation like basil giving way to the sea as I walked along the beach at Finesterre. A man fished while the birds ran in and out according to the waves. I hadn’t seen the sea in almost two months.

Deciding to dump my bag at the albergue before walking to Faro de Finesterre, I collected my certificate at the tourist office while I waited for it to open. There were few walkers in this stretch, I knew them all and met them all on the way. After occasionally hiding under a tree from the worst of the rain I came to the end of the world. 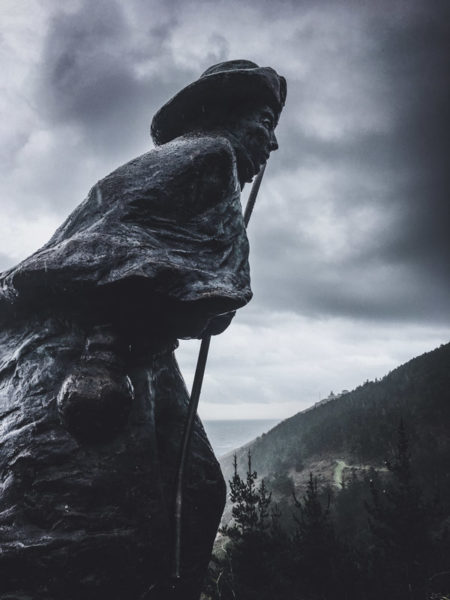 Though not as emotional as arriving in Santiago there was something moving about arriving at literally the end of the road. This was it. I had walked right across Spain.

The cliffs are very like an area of Ring which I love and the little break between showers I spent staring out in the direction of Nova Scotia before having a hot chocolate in the lighthouse themed hotel with my German friend, and walking back to town. I ambled aimlessly down to the beach and went for a quick swim. The waves were strong but my feet relished the soak in the cold water. I was the only one.

[Use the arrows on the top gallery at the top of the page to see more images.]