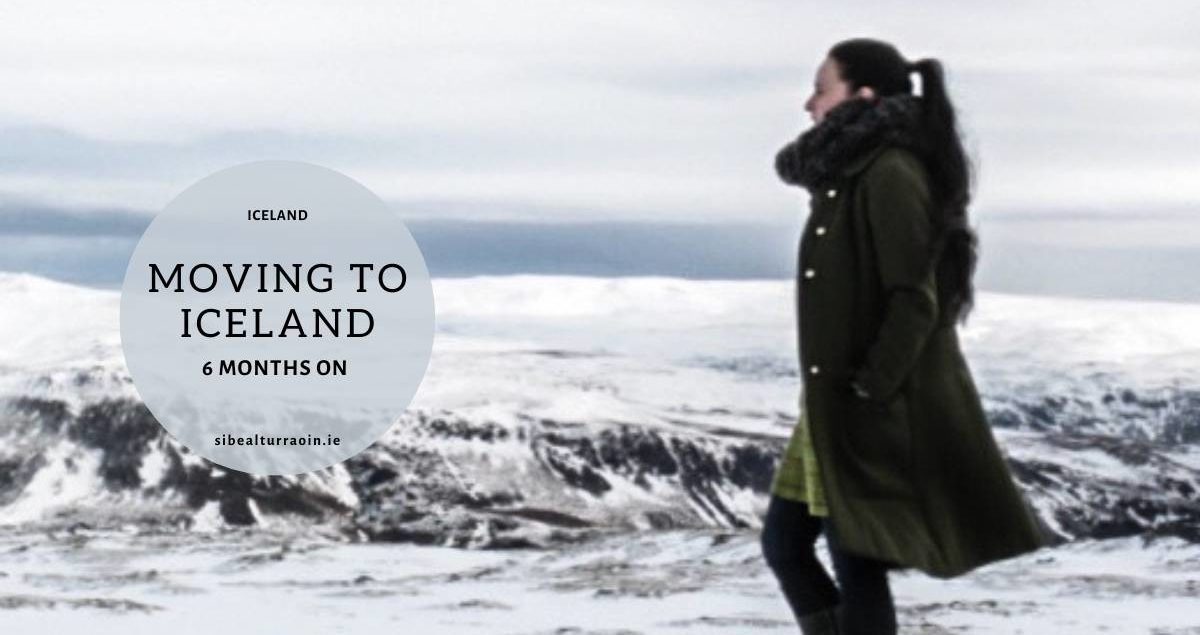 I’ve been quiet on the blogging front of late but I haven’t been idle. There’s been a lot to do on the back end of the site and I’ve been getting a Viking shield-maiden to help me out with that in the form of the fabulous Stella Légrádi. Also, bills have to be paid and Iceland not being the cheapest country to live in that means getting the hours in on the day job. But six months since moving to Iceland, life is taking over.

When I was a kid I remember complaining that I was bored on a day that my grandmother was minding me at her shop, a friend of hers, a priest was there and he said he was only bored once, during high mass when he was a boy. Well, sometimes I wish I was bored now! It’s hard learning Icelandic on your own out a book and with some phone apps, but I try to get at least an hour of that in every day. I don’t get so many opportunities to practice, and often when I do try to … let’s just say that Icelanders are not always the most patient people when it comes to foreigners making strange noises that they think are Icelandic words, but hey I’m trying. And slowly getting there, a little bit at a time. And every now and then you meet some lovely people who tell you “Nei, þú talar góða íslensku!” and you just want to hug them. Or you start to recognise parts of signage when out doing messages or make out words while earwigging in the hot pot. Progress is progress right?

Getting in some exercise is also mandatory, despite injury I’m not allowing myself to turn into a bag of ham and while there are many things in life you can’t control, you can move the heavy thing and eventually the heavier thing, so long as you keep training. Especially in the winter when you have less than four hours of daylight this kept me sane and days when I got up and went to the gym were victory days. And, being Iceland, a laze around in the hot pot and steam room afterward are compulsory and really help with the sore muscles. And my knee is getting a lot better between that and regular physio visits to Reykjavík.

And if I’m not taking pictures I’m making fish-leather (from scratch – it’s a bit of an experiment!), jewellery or knitting – there’s something so satisfying about creating something from scratch and being able to call it your own. I go shooting and I’m doing horse-back archery in a few months. (The below photo is pure showing off but hey I’m allowing myself one!) Or watch my favourite band at a gig like the other week.

This is not an apology post. As a friend said, “living in a foreign country is the same shit but with a different accent”. I love living in Iceland but you can’t be running around like an elf on happy pills every single day. I have seen the most amazing places. I have sat under the aurora dancing across a sky full of stars. I have watched powerful waterfalls hammering the rocks when I was the only person in the world. I have seen lava fields stretch as far as the eye could see and thought I was in Middle Earth.

About two weeks before I was due to go home after the summer I was sitting on a beach at Hellissandur in Snæfellsnes on a gorgeous sunny day, without a cloud in the sky, when I found out I was being made redundant and so I decided to move here and try something new. I knew (kinda) two people. I thought first I’d stay three months and well I’m making plans for next winter at the very least. I have no idea when or if I’ll go back home. Cos it is still home-home. At least right now. But I’m now at the stage where I have a fantastic group of friends, I can walk into my local in Reykjavík and always find someone I know to talk to, I spent the Easter weekend at a friend’s summer house playing Yatzee, eating, watching the northern lights from the hot tub.  To which I was told by a friend: “Regarding the other mail, fuck you! Seriously, in the hot tub watching the northern lights??? Thanks for sharing!”

Living in Iceland is not always dancing Aurora and elves in volcanos – but it is pretty sweet, and I’m not going home any time soon.

I’m glad that you’re having such a wonderful experience in such a beautiful country! It’s something I imagine many people dream of doing and horse-back archery will certainly make you a formidable opponent!!

Sibealreply
– In reply to: Sophie

Great to hear from you Sophie! 🙂 It’s been a fun adventure so far, and hopefully more to come. Hopefully see you out here some day? And hey – you know how important I feel it is to be prepared for the zombie apocalypse, right?! 😉

Sibealreply
– In reply to: Sophie

Hahaha thanks Sophie!! You should come visit some time =) before those dastardly zombies attack!