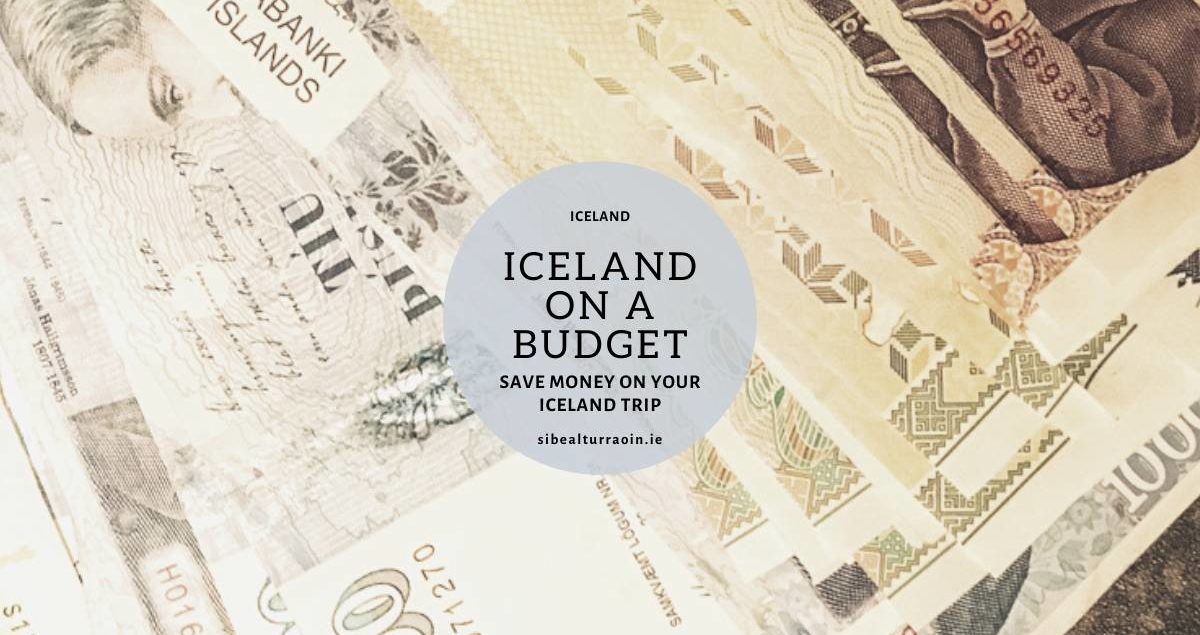 With budget airlines, Iceland is cheap and easy to get to from both sides of the Atlantic. However Iceland is insanely expensive. It’s expensive for travellers because the krona is so strong and it’s expensive for locals because everything costs so much. And that isn’t likely to change anytime soon. It is hard to go to Iceland on a budget – that said there are a few ways to save a few krona so here are a few tips on how to save money on your Iceland trip.

This is basic but worth repeating. Icelandic water is amongst the purest and tastiest in the world. Take an empty water bottle with you and just refill it as you go. Bottled water is a) stupidly expensive, b) the exact same water as you get from a tap and c) bad for the environment between producing so much plastic waste and production and transportation. You can drink from any tap in the country and most of the rivers (avoid ones that bring down lava and sand from the glaciers like at Dettifoss). And while on the subject, try to skip the fizzy drinks – you’re not doing your pocket or teeth any favours there either.

2 Camp instead of staying at hotels

Accommodation is probably the most expensive thing you will buy in Iceland, and it’s scarce. While you are more limited as to when you can camp in Iceland due to the weather, it is ridiculously cheap (most campsites are only 1000-1500ISK and that usually includes showers, wifi and access to a kitchen) and you don’t need to prebook so you have complete freedom to be flexible with your travel itinerary. There is also a camping card that gets you even cheaper rates but not every site takes it. While it is possible to wild camp there are restrictions so do follow them. There is a backlash against silly people who have set up shop in peoples gardens (yes), outside banks (not joking), in school playgrounds (really). While there is a Couchsurfing community here the huge numbers of tourists each year make it a more unreliable alternative.

There is also an option for less expensive accommodations in hostels and some guesthouses if you bring your own sleeping bag or sheets.

Or at least not so often. It is nice to treat yourself when you’re on holiday but even I don’t eat out very often because it’s so expensive. Cafes at famous locations like Geysir and Gullfoss are very pricy. Make friends with the Bónus supermarket pig and self-cater. I actually prefer Krónan but it’s a bit more expensive. Also: 7-11’s are a rip off; make your own sandwiches instead of getting them at a petrol station; skyr is both cheap, yummy and healthy; hot dogs are cheap, no so healthy but definitely delicious. And if you want to try hárkal – the famous rotten shark, you can get that in supermarkets too. Coffee in most places includes refills – or just take a flask.

While on the subject of what goes into your belly if you want to go out in Reykjavík check out the Reykjavík Grapevine’s Appy Hour app which shows you all the happy hours (where the price of a drink will be every so slightly less insane). And remember if the beer is in a supermarket or petrol station, it isn’t beer – you have to go to Vínbúðin for that. Or do as the locals do and stock up in duty free when you land at Keflavík.

4 The most amazing attractions in Iceland are free

Waterfalls are just there. Hiking costs nothing and is fun, memorable and healthy. Beautiful views are free in Iceland. If the Northern Lights are out they can just as easily be seen for nothing without a fancy tour with a bit of patience and luck. Some places require you to pay for parking like Kerið or Þingvellir and they do check so don’t chance your arm and it’s likely to extend to Skaftafell and Jökulsárlón also. That leaves you a bit more cash in the budget for whale watching, or glacier walking (do not attempt this unless you know what you are doing or are with some one who does). And while the Blue Lagoon is one of the most famous attractions here it’s also ridiculously expensive – the local pools are just as good along with some free natural alternatives.

Yes you can book a tour to see all the major sites in the Golden Circle in one day. They are expensive, there isn’t a huge variation in price between operators but if you’re stuck for time they have their uses. Or you can hire a car which gives you total freedom and split the cost between the group or even check out the notice boards in campsites and hostels for people who are going to the same place and are willing to chip in on fuel. Or get the bus. Or hitchhike. Or walk. Sure you won’t be able to cover as much ground but you will experience much more travelling slowly and appreciating what you do see. It ain’t a race! I was able to stay here for two months last summer, hiking and camping. My budget would have disappeared in a few weeks staying in hostels and driving.

Note: if you are going to hire a car base your choice on the weather not your pocket. In winter you need good tyres, preferably with studs and a 4×4 drive if there’s snow. The roads might be ploughed but car parks and your accommodation isn’t always. And if you’re thinking of skipping insurance take a look at these photos from yesterday. And it’s May!

Iceland may well be one of the most expensive countries in the world but that should definitely not stop you from going, or from missing out when you’re here. After all when are you going to go again? (Well to be fair you probably will – it’s just one of those places that keep drawing you back!)