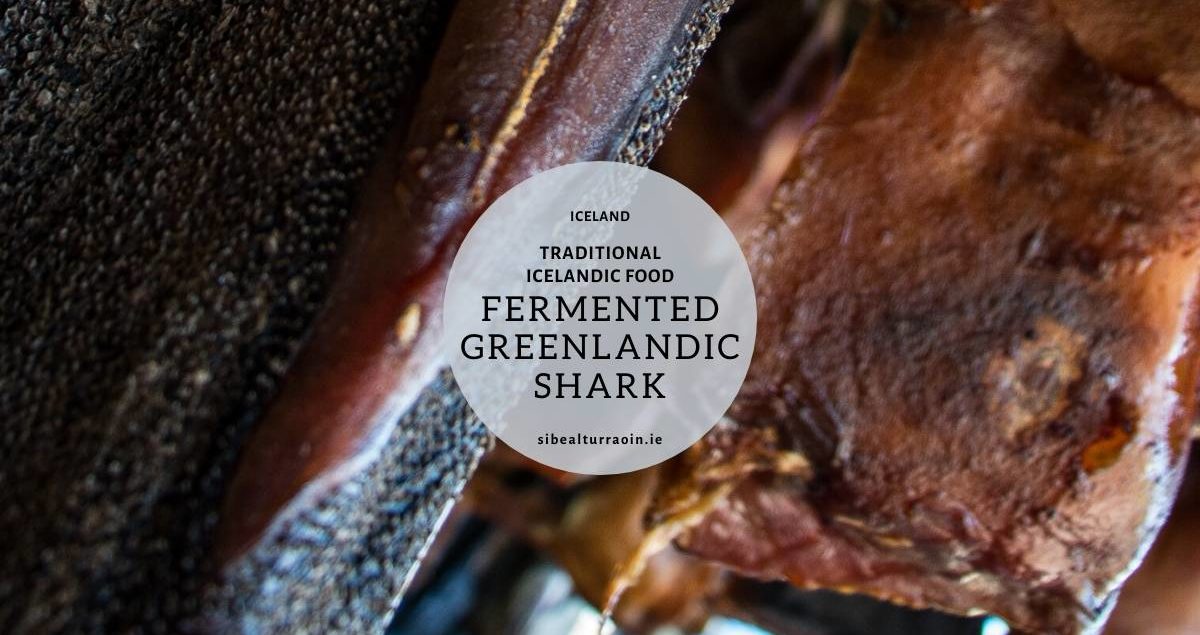 food, Iceland, things to do

To save you reading the rest of this – Hákarl or the Greenlandic shark is actually not that bad.

Though you can buy shark in the supermarket I went to the Bjarnarhöfn Shark Museum (open 9-6 or 8 different signs say different things) 1000kr to see the process and it’s one of the things to do in Snæfellsnes. I hitched as far as the crossroads and then it’s about 5km through a lava field before arriving at the factory with various whale bones, rocks and an incredibly fluffy dog outside. The tour begins with a video, with added explanations from the owner wearing an “I ate Greenlandic shark and survived” tshirt. You can hold the skin and teeth while the room has his grandfather’s old shark fishing boat, various stuffed animals, an old workshop and other curiosities. 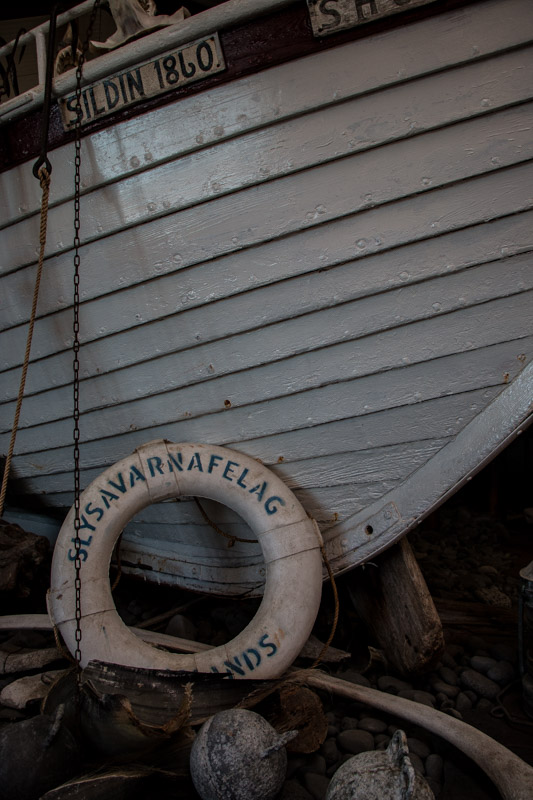 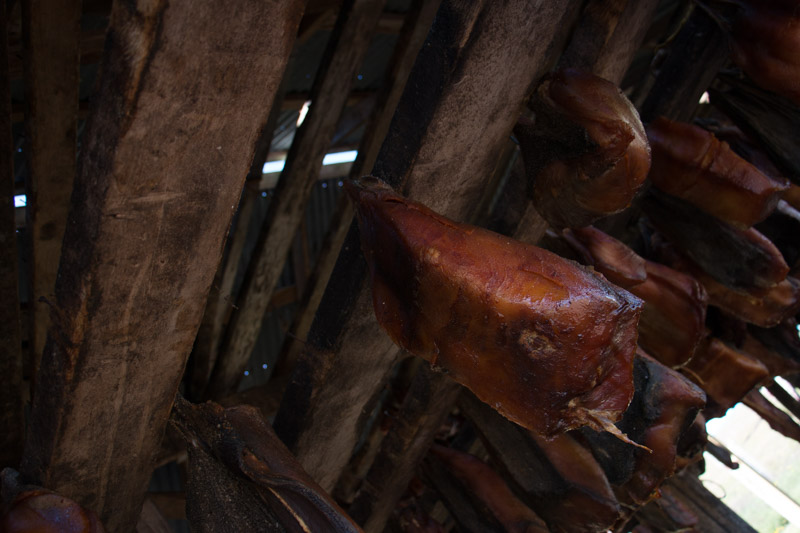 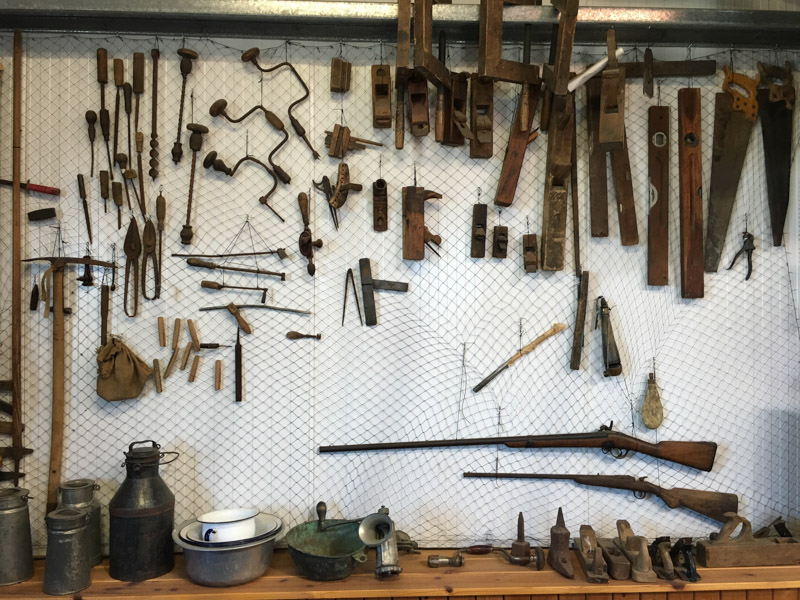 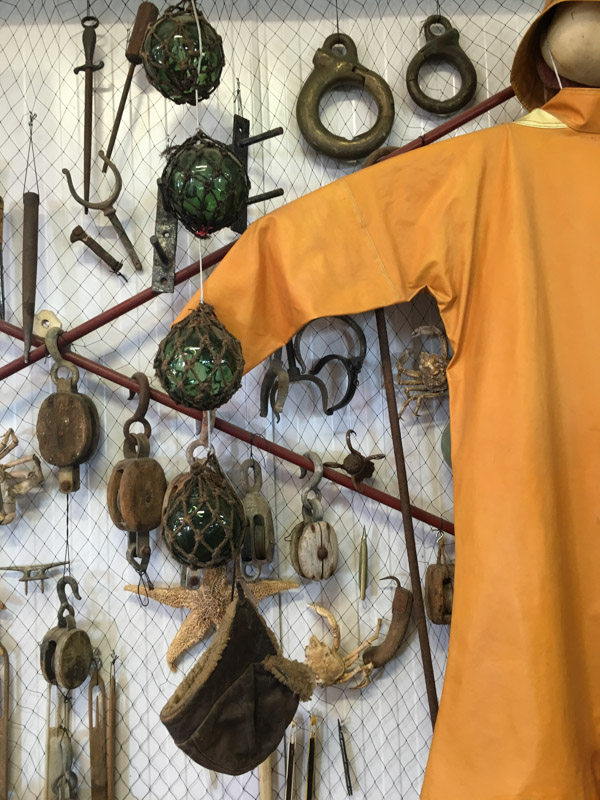 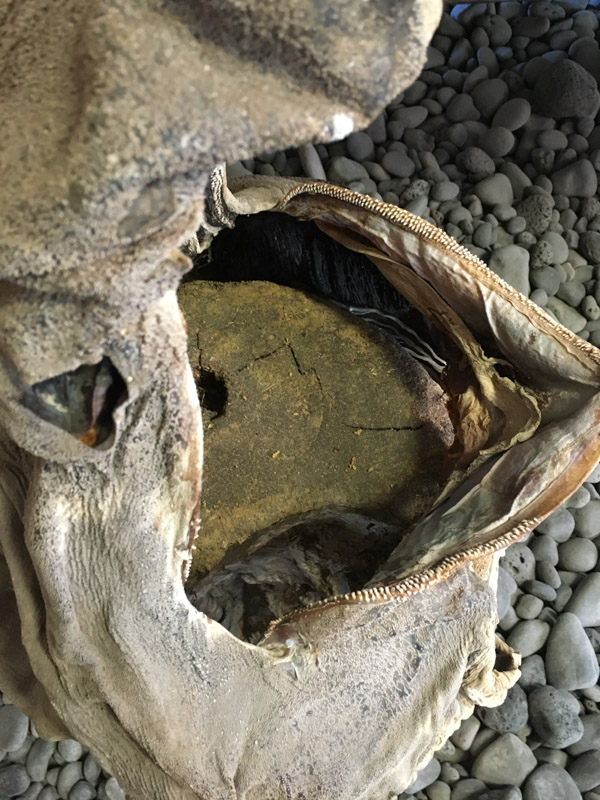 Hákarl, or fermented shark, is now largely the byproduct of other catches, with from Greenlandic or Icelandic trawlers. It’s the oldest invertebrate in the world, one was caught recently which was 400 years old. It’s one of the largest sharks and usually eats fish, though polar bear (probably already dead), seal, and other scavenged material have been found in their stomachs. Icelanders have been eating shark for four hundred years but we were told no one knows how it started. Personally I think it was one of two situations; either someone was caught out on a remote beach and nothing to eat only a rotting shark carcass or two lads after being out on the lash had a bet.

Traditionally hákarl meat was buried for six months for the toxins (ammonia and shark antifreeze which allows the shark to live in such cold water) break down but now the 10kg chunks are placed in a box, which produces the same effect and is much easier. After a few months, the fermented shark is hung up to dry, and smells so bad that even the clothes the world wear “can never be worn in public again”. After air-drying (you can go around the back and see the racks in use), the pieces now weigh 2-3kg. Nothing is added, just a natural process. After the explanation you could try the fermented shark, with a bit of brown bread if you liked. Traditionally you can have a shot if brennivín to take away the aftertaste. Ok I gagged. But I gag eating cod so that’s much of an indication. And it’s not that bad, for fish. Better than mattak (whale blubber) anyway. Or less fishy. Or probably the taste is overhyped. While telling my Mum she told me “I had shark meat once it’s not bad”.

(Update: I gave it to my brother when I came home and video-d him eating the fermented shark; which my Mum insists is not for public viewing; as he renamed Iceland DisgustingVomitSnotFood Island you can figure out what he thought of it.)

Iceland on a budget: how to save money on your Iceland trip | Sibeal Turraoin – travel photographerreply

[…] and healthy; hot dogs are cheap, no so healthy but definitely delicious. And if you want to try hárkal – the famous rotten shark, you can get that in supermarkets too. Coffee in most places […]

[…] national saint, is celebrated with a meal of skata, or skate. It’s pickled like hákarl, for the same reasons and stinks. So obviously, not being a fish fan I haven’t tried it. This […]