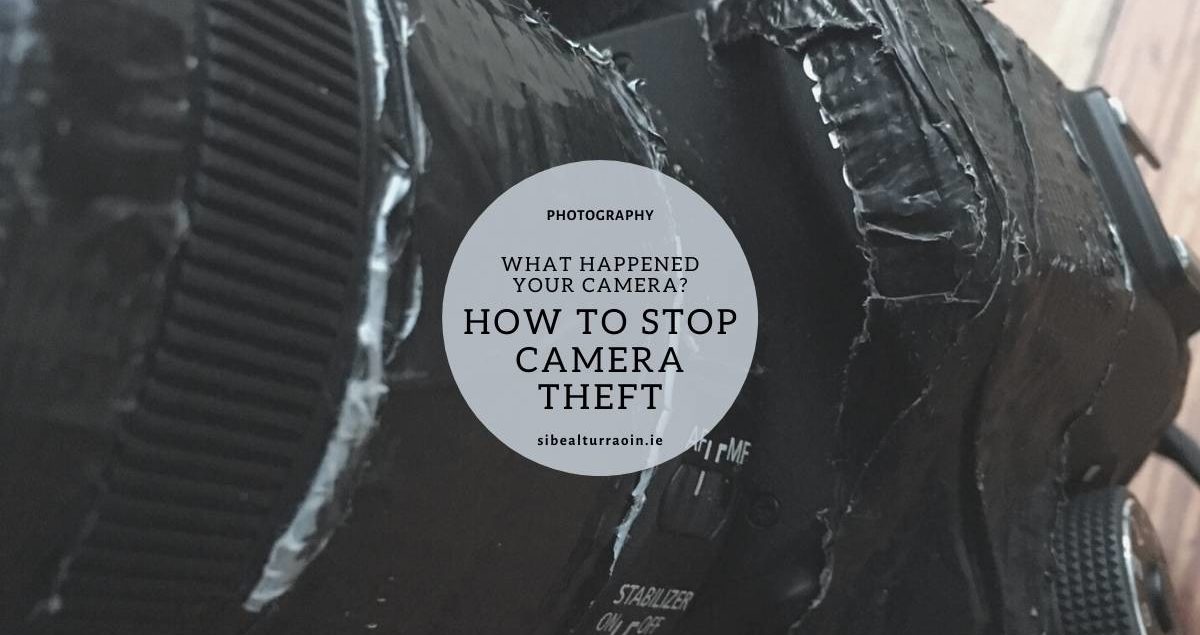 “What happened your camera?” they ask.  Well. Nothing.

So I got a lovely new camera about 18 months ago before I went to Morocco. It’s a Canon 70D, and reasonably expensive and obviously I didn’t want to hand it over to the first thief I met. I’m not saying that Morocco is full is thieves (actually I’ve been robbed twice in my life and once in Dublin. The other was in Portugal. In front of Jesus.) but anywhere you go there is a risk, especially in cities. And more devastating than the loss of the camera would be the photos still on the card. So what to do?

After some research, I found this post about a guy called Jimmie P Rodgers who fuglified his camera for a trip to Rio. His own post is here (and at the time of writing is looping strangely) and he seemed to have success, albeit with a smaller camera but I’d nothing to lose. So out came the black tape and sandpaper reducing the risk of camera theft.

This post contains an affiliate link. This means if you click on the Amazon link and purchase an item, you are not charged any extra, but I get a small commission that helps me stay in business. I only link to products I have tested myself and am not paid to advertise these unless stated. You can read more about my policies here.

How to reduce the chance of your camera being stolen

There you go and you’re done! Disclaimer: this is not a guarantee against camera theft. It’s about reducing it. If possible. However, if it’s a choice between yours and one that looks like it’s been in a few less wars… One would hope that yours doesn’t get picked, to the misfortune of the other person.

One added bonus of all this is people take you less seriously as a photographer. Why is this a good thing? If you’re not a ‘professional’, and people do judge based on your equipment, they are far more likely to be less guarded and more natural.