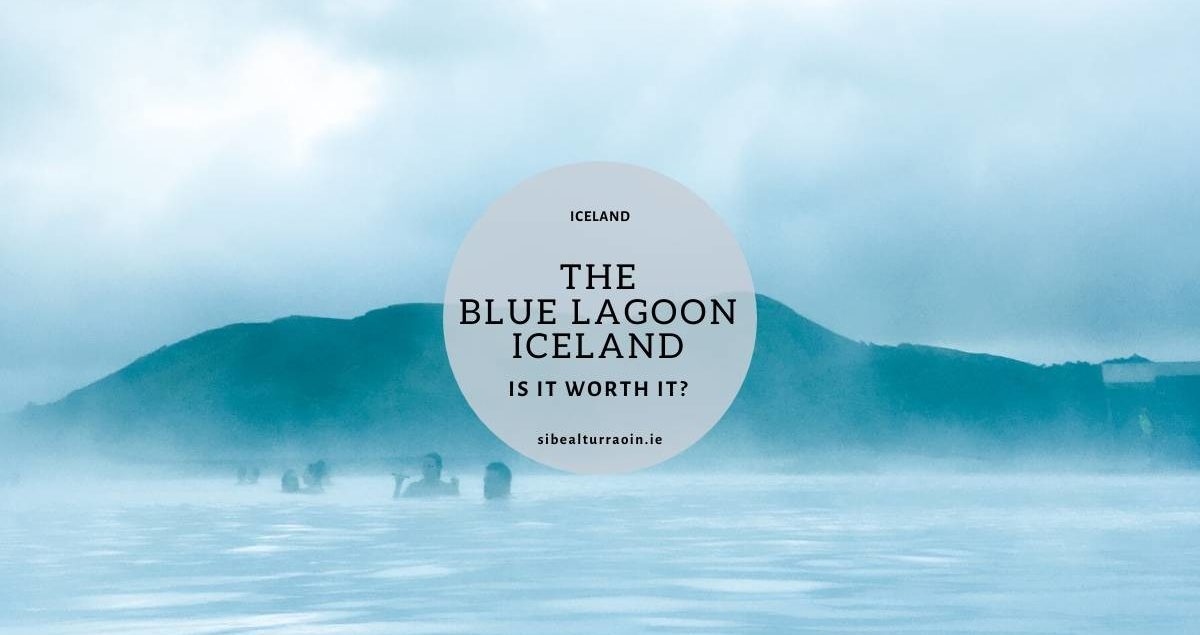 Iceland, things to do, travel

It’s been over nine years since I last visited Bláa Lónið or the Blue Lagoon. Easily the most Instagrammed place in Iceland, it’s on everyone’s to-do list. However for ages, I’ve been telling people not to bother because it’s really expensive and you have to book weeks in advance, so is the Blue Lagoon worth it? I decided to go back and find out.

The Blue Lagoon is currently undergoing a huge expansion, and consequently, prices are going up by almost 1000 ISK after March 2018. You have a choice of three packages Standard (6100 ISK, admission + Silica Mud Mask), Comfort (8100 ISK, as previous + towel, one drink, Algae Mask), Premium (10,200 ISK, as the Comfort package + bathrobe, slippers, reservation at the Lava Restaurant and sparkling wine) or Luxury (53,000 ISK as the Premium Package + private changing room, entrance to the Exclusive Lounge, Spa Journey Product Set). There are also extras like an in-water massage. Bear in mind that the price is from, and that price is usually only available at off-peak times such as late in the evening add another 2000 ISK to the first three packages. But really there is no way I could even consider paying 53,000 ISK to visit a spa for a few hours. That’s a set of winter tyres, the best part of a week’s wages, almost a month’s rent… you get the idea. I have towels, I couldn’t drink as I was driving – I got the basic package.

The Blue Lagoon is open every day of the year, from 8am to last admissions at 8pm in the winter, and from 7am to midnight in the summer. You do have to book in advance. Sometimes at quieter times of the year a few days is ok. In summer, or if you need a particular time slot, it’s booked out weeks in advance. But if you are arriving quite early it’s a good way to ease into your Iceland trip, especially if you’re jetlagged and there’s nothing else open. Both Grayline and Flybus offer Blue Lagoon + transfer options. I generally don’t know what I’m doing quite so far in advance and having to book put me off. Then a hurricane hit on my chosen day so I had to call and reschedule, which to be fair was easily done. While the lagoon didn’t close I was not going to drive through 30-40m/s winds to get there.

The Blue Lagoon was created in the 1970’s from the wastewater from the local power plant and locals in the Grindavík area were known to skip through a hole in the fence to bathe there. It became known for the high silica and sulphur content in the water which supposedly helps psoriasis and other skin conditions. These minerals give the water its distinctive milky blue hue and is an average 38ºC, with hotter and cooler pockets as you move around.

Note your time slot, there are big queues and while there is a grace period if you are too late you forfeit your ticket. Join the huge queue, where I think I gave the receptionist quite a fright when I spoke Icelandic. After getting your wristband which acts as a locker key and a credit card for purchases, you then go to one of single-sex changing rooms. It’s pretty much like any swimming pool in Iceland, strip, shower without your swimsuit, put on your togs and head out. Make sure you slather your hair in conditioner (there are complimentary bottles in the shower area along with soap and body lotion) or you will end up with a head of straw due to the mineral-rich water. There are communal showers and private showering stalls. You have no excuse and I admit I turned into that person telling the people who thought they could pretend to rinse in their togs that they can’t. You don’t want to sit in my gick and I don’t want to sit in yours either. And please take off your outside shoes before you enter the changing area and don’t walk into the shower area in them either. That’s just disgusting. I just left my towel in the cubby hole in the drying off area. You can leave it outside but I heard of people having theirs nicked. And do use the lockers, though I generally don’t bother in other pools, unless maybe in Reykjavík. There are also large luggage lockets which are handy if you are going to/from the airport.

You can enter the pool indoors or walk outside, whichever you choose the water is nicely warm and you can stay in for ages (as I was determined to considering the admission cost). It’s shallow enough throughout that even a midget like me isn’t out of her depth but allows for a little swimming too. There’s an outdoor spa, a mini-waterfall to message you, hobbit-hole-like steam rooms and sauna, or paddle over to the bar to pick up a drink without having to leave the water. I also saw staff that seem to be taking souvenir photos and there are plenty of lifeguards, albeit in winter boiler suits and high viz-vests. When I last visited you could just scoop up the mud from the bottom but presumably, that’s long since gone and now there’s a mud bar in the pool. The huge amounts of steam hide the powerplant and a lot of the buildings and building work going on and the milky-blue water and surrounding lava is really picturesque.

Is the Blue Lagoon worth it?

It is really expensive. I mean really. My local pool charges 30,000 ISK for a yearly membership, but if you’re a local it’s much less, like 12,000 ISK. Plus with the cash-back from your union, it equates to one visit to the Blue Lagoon. That’s mind-boggling. The gift-shop charges 4900 ISK for four mini-masks and 1900 ISK for shower gel. That is insane and I really feel that the price makes it the greatest tourist rip off in the country.

After being used to the high levels of hygiene in other pools I was really put off my guests’ attitude in the Blue Lagoon. The pool and changing rooms are kept very clean but people should really respect the showering rules before you enter the pool. The water is replenished every two days. However, there are a high amount of visitors each day so….

All in all I did really enjoy my day. It was very relaxing, I used all the types of mud and scrubs available and I particularly loved the massaging waterfall. It was cool to try it as a treat. It’s very Instagramable – which is both good and bad I suppose. Having said that you can visit a regular pool at least a half-dozen times for the same price, or even one of the natural springs and pools where you have a better view and can even enjoy it all alone. I might go again in another ten years when I’ve forgotten about the human-soup and when I can sell a kidney to buy a ticket.