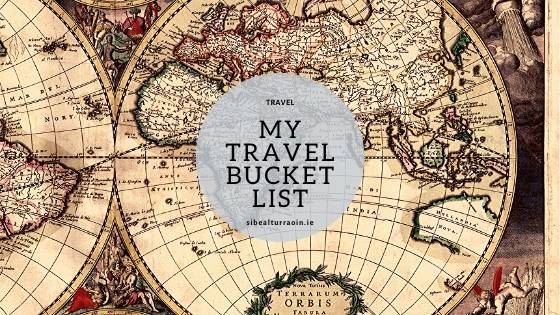 things to do, travel

If money and time were no object where would you like to visit? The short answer is, well, everywhere but I have a few dream journeys that I really want to do: my travel bucket list. Actually I dislike the term bucket list because it implies that there will be nothing to do after that, but let’s say my ultimate wishlist.

The steppes, the horses, archery (I have a Scythian bow which is very like a Mongol bow), in my head Mongolia would be like stepping back in time to the age of Genghis Khan and in photographs like this I wouldn’t be wrong.

Another country with endless skies, to me Kazakhstan seems really exotic, a place where cultures collide and where the modern day hordes haven’t yet descended.

Ok first I need a bike. Then I need to learn to ride it. But I reckon by the end of this Che Guevara-inspired trip of six-twelve months I’d be pretty good at it.

@paulaespindolas says, “This is Moray, an archeological site in southern Peru created for the Incas as agricultural terraces. Isn’t it mystical? The Incas were genius!” Who would you adventure here with? Only 1.5 hrs from Cusco! Add it to your itinerary. #VisitSouthAmerica #ExperiencePeru

A few years ago my brothers and I sent my parents across Russia on the Trans-Siberian Express and I’ll admit I was pretty jealous. Probably the most famous train journey in the world there are lots of options here and my problem would be choosing just one.

I’m an Arctic addict so it makes sense that I’d also want to see the other side. Antarctic trips are really expensive but a girl can dream of penguins, and seals, and ice and… can’t she?

Update: Charlie from Intrepid Travel recently contacted me with a list for Antartic trip planning which looks like it could be very useful for anyone who has the same idea as me! (Note: I was not paid to endorse this company)

Obviously there’s many more places I’d like to go to but these will do to start!