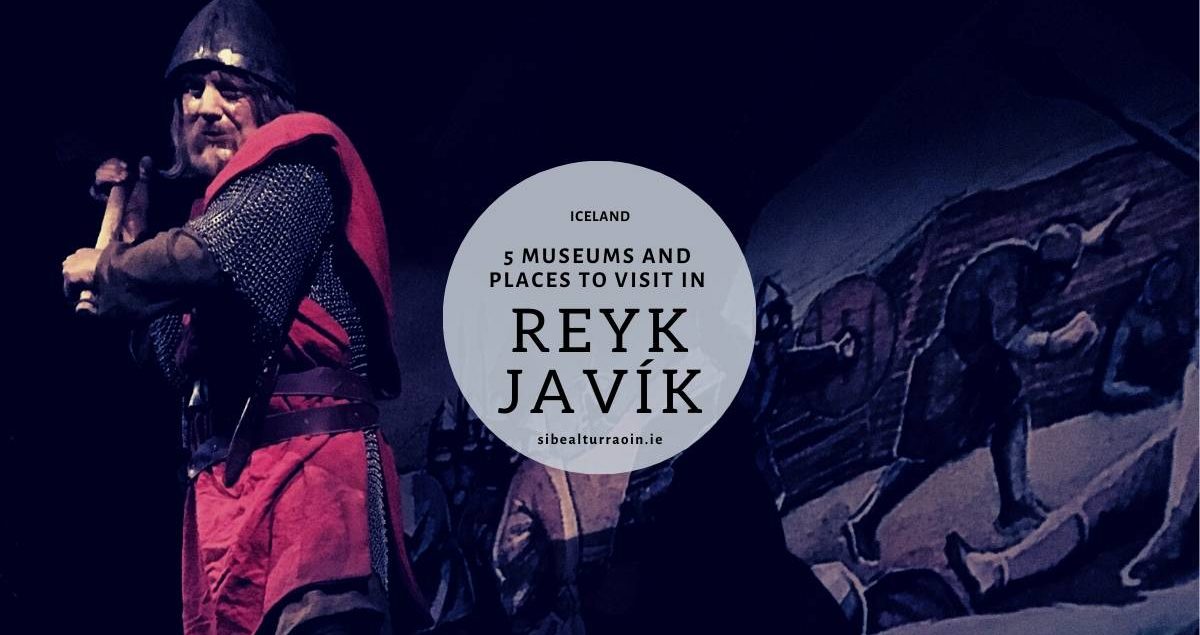 It’s my last day in Reykjavik and being an overcast day and somewhat raining day it’s a good idea to head indoors after being outside so much. So what are the best museums in Reykjavik?

I thought I remembered this museum in Reykjavik as being better. It’s quite expensive and not very large. I was put off when it said that Erik the Red left Iceland to discover Greenland because he was restless, when even I know he was exiled (for the second time in his life) for killing someone. Nevertheless, it’s a bit of fun and reminded me of trips to Dublinia when I was a kid, minus the smell of manure.

This is one of those quirky museums that you just have to go to, to say you did. The idea began when the original curator (now taken over by his son, who left quite a decent job to do it apparently) won a bull penis whip and spiralled from there. They have lots of whale, seal and other marine mammal specimens, including a polar bear. There are various other mammals, a folklore or fantasy animal section including an elf, ghost and merman and some human specimens including the letters of donation. Though I overheard one of the staff saying an American who was going to donate backed out when he was beaten to first place by an Icelander. Honestly this is hilarious (I was texting a friend while I was there who said I brought tears to his eyes – not sure if it was a good thing or not) and though small it’s worth a visit.

This museum in Reykjavik is altogether a bit more serious and focuses on the remains of a longhouse near the Raðhus when the first settlement in Reykjavik was. It’s 2200kr for the main and temporary exhibition (this was a collection of manuscripts and books following the settlement). It’s set up like an enclosing panorama around the house and focuses on the building, it’s construction and the everyday objects found there. There’s some nice interactive multimedia pieces which give more information and bulk it out more.

Not a museum as such, but worth a visit. Get the ferry from the port east of the town centre. For me this was a short walk from the campsite. It’s 1200kr return and you can also go to the Old Harbour as I did on the return journey. Apparently it’s about the same size as Monaco. There’s a lot of birds here for any enthusiasts but apparently the puffins are elusive. I was asked by several people if I’d seen them. I didn’t even know they were here. The island has been settled since the 10th century and there are some buildings from the last few centuries and a restaurant which was the Treasurer’s residence built in the 18th century, where you can retreat to when you’ve been saturated to the skin after walking through high wet grass in the rain.

A short walk from the city centre or the airport this is (in my opinion) the best museum in Reykjavik. 1500kr and open 1000-1700. Covering everything from pre-settlement to the present day they also have some temporary exhibitions (Greenland, women’s roles in Iceland and a postcard exhibition when I was there).

Allow at least a couple of hours particularly as I spent ages in the settlement section where there are audiovisual extras and links between Celtic and Norse names, art and genes which I found really interesting. There’s also worksheets for children in a few languages.

Things to do in Iceland in bad weatherreply

[…] Winter is here in Iceland and it seems every week there is another storm or at least where I am it’s perpetually raining. My knitting is going well but is more an evening thing – so what are the things to do in Iceland when the weather is bad, where there are no northern lights, you need a break from cafes and you’ve already been to all the museums? […]