camping, Iceland, things to do

Basically a group of volcanos rising from the sea, the newest addition to Vestmannaeyjar is Surtsey, which was created after the 1963 eruption, the rest being between 10,000 and 12,000 years old, though Heimaey grew by two kilometers in the 1973 eruption which forced the islanders to move to the mainland for a few years. The islands get their name from “West Men”, or the Irish as they were known in Old Norse. Hjörleifr Hróðmarsson, the brother of Iceland’s first settler Ingólfur Arnarson, was supposedly (but not widely publicised nowadays) a cruel master and his Irish slaves rebelled, killed him, kidnapped his women and fled to the Vestmannaeyjar, where Ingólfur Arnarson pursued them, slaughtering the lot and freeing the captives. Weirdly he gave their names to some places on the islands such as Dufþekja (from Dufþekja; in Irish: Dubhthach and in English: Duffy) who preferred to kill himself rather than be killed. Interestingly the people of Vestmannaeyjar had a taste of slavery themselves when, in the seventeenth century, 234 Icelanders were captured by Barbary pirates and sold into slavery in Algiers. Ólafur Egilsson, a Luthern minister returned to write an account of the tale and eventually thirty-four were ransomed and most returned home.

In the rush to run off to the Westfjords writing up my trip to Vestmannaeyjar was put off, forgotten about and finally remembered! A friend of mine, a Croatian journalist, loves Vestmannaeyjar more than any part of Iceland. He wants stories wherever he goes, and he says you can really feel the story of the people there, their lives, how nature controls it and of course the pace of island life. Really needing a break from work, life and everything else; I took his advice and headed off on the ferry.

Eimskip runs the ferry from Landeyjahöfn to Heimaey, Vestmannaeyjar, which sails several times each day and takes about half an hour. In the case of bad weather or if the harbour at Landeyjahöfn needs dredging (which apparently it does much more than it should), it runs from Þorlákshöfn instead and takes almost three hours, so check for any last-minute changes. It’s best to book ahead, as even as a foot passenger the boat fills up quickly in peak season and especially during Þjóðhátíðin in August, a music festival accidentally created when locals celebrating the deed of Icelandic sovereignty in 1874 couldn’t get to the mainland. 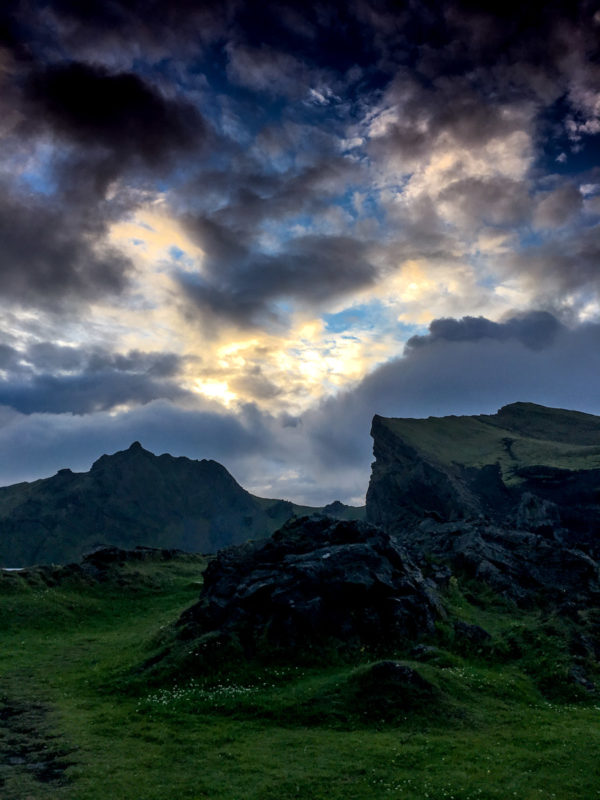 It’s a few kilometres walk up to Herjólfsdalur, a campsite in the bowl of an extinct volcano and where the first Norse settler, Herjólfur Bárðarson, build his farmstead in the 9th century, now reconstructed. It’s a beautiful campsite, quite close to the excellent swimming pool and football pitch where there were a few games being played while I was there. In the morning I hiked up the crater and along the often scary, perilous, steep, and often slippery path back to the town. But the views, on a bright sunny day, were just beautiful.

Starting the next morning on the flat I spent hours watching puffins on the western coast. Eight million alone make Heimaey their home each summer. Every tourist I had met the previous day were asking me where the puffins where. (Not in my pocket anyway). When the chicks hatch in July and August they get confused by the street lights and often end up crash landing on the streets (puffins are clumsy fliers to begin with). Fortunately, the local children organise ‘puffin patrols’ where they pick up any lost birds, keep them in a box overnight and release them with easy access to the sea the next morning. There are three volcanos in total, Helgafell, and Eldfell, literally fire mountain or in other words volcano. Altogether I climbed two out of three, you need to leave something for the next time. 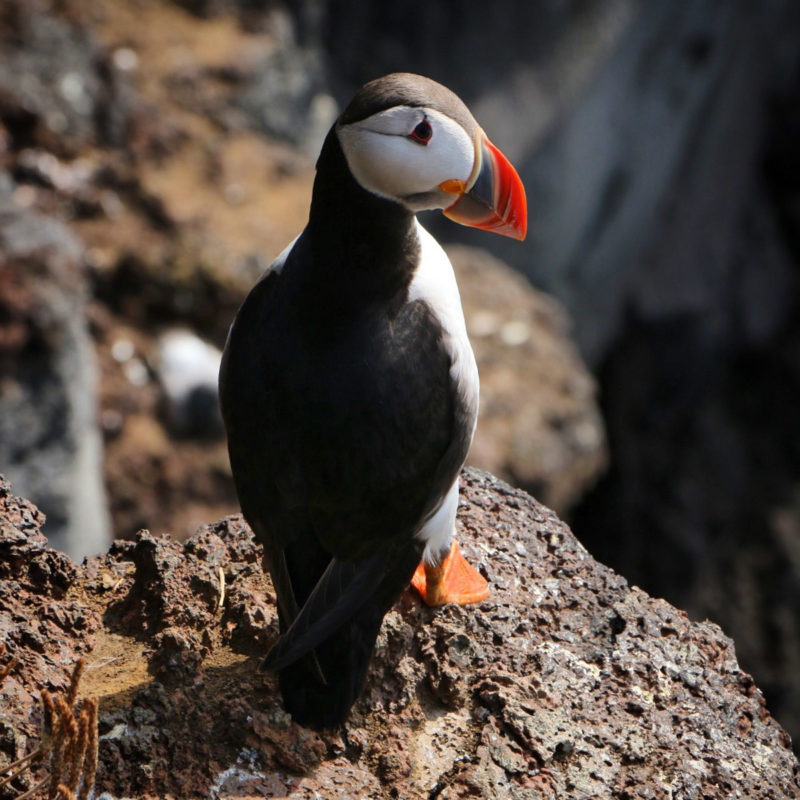 Hi,
Cool photography.
Thanks for sharing these awesome pics.

Thanks so much Jennifer!