Can you imagine walking through a cave, covered in crystals, the walls dripping like with blood that was formed by molten hot lava created more than a thousand years before the pyramids were built? Well, honestly I couldn’t either but I really wanted to check out an Icelandic lava tunnel which is why the other week I visited the Lava Tube to find out!

The Lava Tunnel is a lava tube that was created around 5200 years ago during the Leitahraun eruption, which occurred east of the Bláfjöll mountains, just a short drive from Reykjavík. The caves have obviously been there for anyone to visit but the landowners got pretty tired of cleaning up rubbish, and even people camping in them and were about to close them off until Hallgrímur Kristinsson offered to take over the management of the place and the Lava Tunnel as a visitor experience just opened at the start of June and as an opening offer it’s just 4900 ISK for a one hour tour that goes about 300m in along with three side caves, or there’s a longer three-hour tour for 19900 ISK that goes the whole 1.4km route. I was lucky enough to come at a very quiet time and had the whole cave to just myself and my guide. 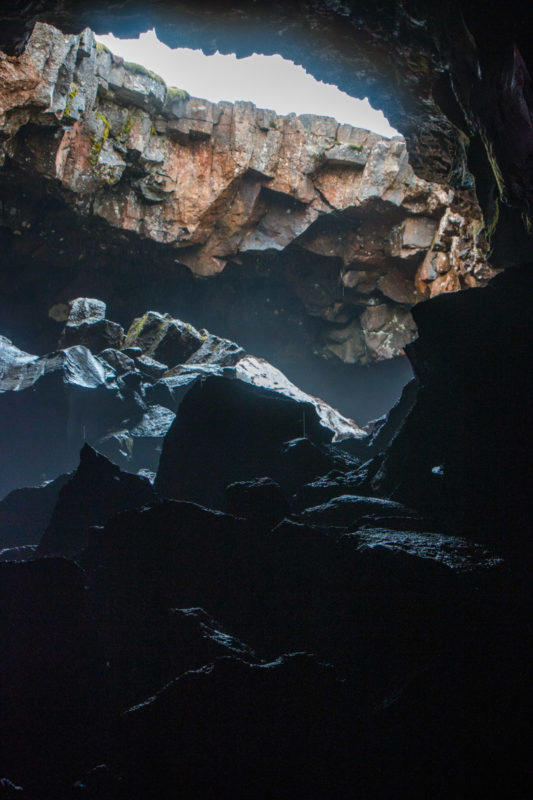 The tunnel used to be full of stalactites but they have been broken by people and hardly any are left. There are a few natural skylights at the start and after that there is just subtle lighting to show off the rock formations so it’s really atmospheric, especially when the lights are switched off.

The walls tell the story of their formation with newer red rock still looking like they are dripping and melting. As the lava cooled the shape stretched and the roof fell down to become the floor in most places. There are places where air has burst out leaving crates and holes from the explosions and in the winter ice formations are everywhere as the groundwater seeps through the lava (so I really have to come back to see that!). All in all it’s a really cool place and easy to get to from the city or they have pickups too. The guides are friendly and informative and you get to say you walked where once was molten rock so that’s pretty cool too! 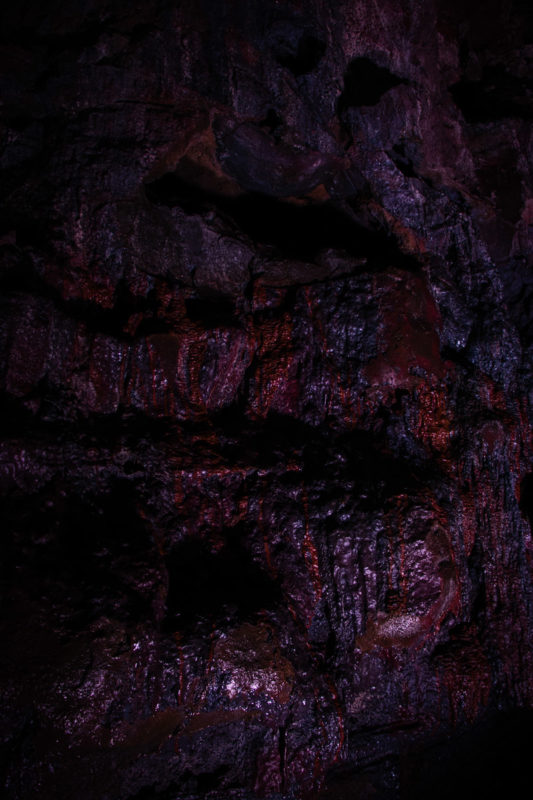 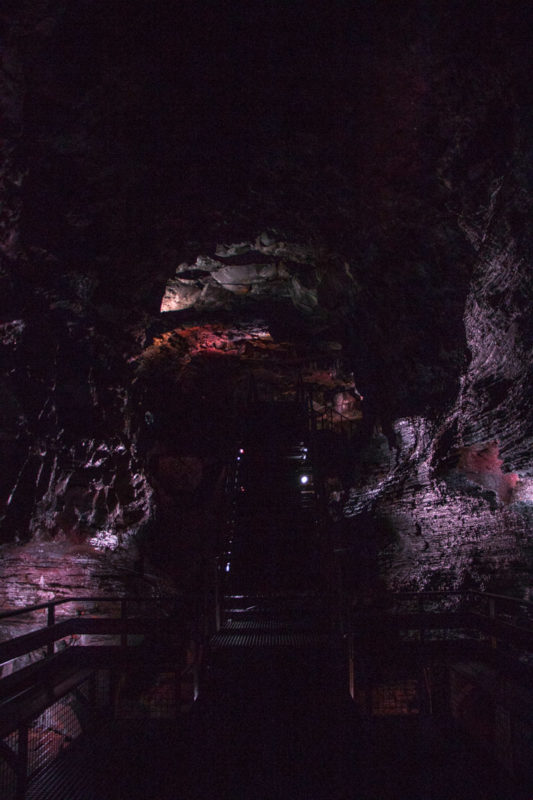