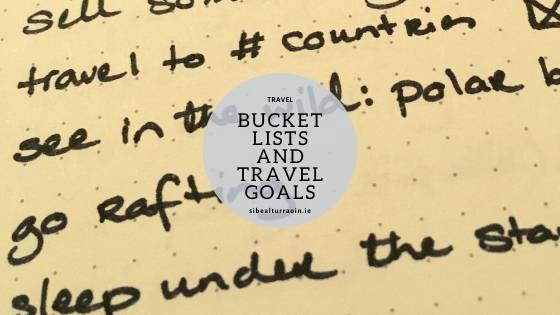 It´s that time of the year, come January it’s all new diaries, resolutions and of course travel plans. Looking back over my Travel Goals for 2017 I got thinking. I saw Arctic foxes in the Westfjords which was amazing, I did a road trip through the Highlands and I got to see more of the Northern Lights – all pretty cool right? But then of course, being me, I felt depressed that I didn’t get to go skiing, or visit Vatnajökull glacier and the ice caves, I still haven’t been to the plane wreck at Sólheimasandur and photograph it under the aurora, I didn’t learn to ice-climb, I didn’t study Icelandic as much as I planned, I haven’t even decided on a lopppapeysa pattern let alone knit one, I still have a to-do list as long as my arm… and I’m a lazy lump who did nothing. Which is to be fair a bit stupid. And I do know that.

But seemingly having the sort of disposition that makes me feel incredibly lazy if I’m not doing something productive, that doesn’t help me. At all. And so, while trawling through bucketlists on the internet for inspiration I thought of something. Instead of focusing on resolutions that are not kept, and goals that are not met, why didn’t I write a list of things that I have achieved. And believe me, even ignoring things that I don’t consider that much of an achievement, but I realised that are for others, that list was a lot longer than I thought.

I travelled to the Westfjords, Vestmannayer and through the Highlands – even if it wasn’t a solo trek on the Askja Trail. I taught myself enough Icelandic that I can do basic things through the language and I write down every single compliment I get on my language abilities, just to try to remind myself that I’m not as bad as I think I am. Which usually fails, but hey, I’m trying. I started making and selling jewellery online. I wrote a guidebook. And articles for prominent websites and newspapers. I went all Mongol and shot arrows from horseback looking like a badass! I’ve done more than I think I have. But it’s trying to convince myself that is the problem.

And I still have a new to-do list in my diary (ooh new notebooks and blank pages of hope and promise!). And that’s fine. And I won’t achieve them all. But I have to learn that that’s fine too because there will be new and unexpected adventures along the way too.

I’m still making a list, cos, well, I love lists.

1. More of the Highlands of Iceland

Didn’t get to do this last year so I have to this year.

Every year spectacular ice caves are formed in Vatnajökull glacier. The size and shapes are ever changing and due to security reasons recommended to visit with a professional guide. Check out the Ice Cave tour (Link in bio 👆🏼) for ideas to visit this amazing phenomenal. #iceland #myicelandtravel #icelandtravel #adventuretravel

Another one I didn’t get to last year, this is a do-able two-day trail from Skógar to Þórsmörk.

4. Get back to the Westfjords

Some of the toughest, and best, hiking I’ve every had.

“We had seen on the internet nice pictures of sunny peaks, amazing views, wild flowers, arctic foxes, a lot of green, birds and cliffs. That’s what we expected. Well, we have seen arctic foxes, they are cute. But that’s it” said Raphael and Miguel. “The only thing we’ve seen is rain and fog. We have been to the Hornbjarg cliffs, but we didn’t see anything”. Raphael adds: “It’s the first time I’ve done a hiking trip like this. So far it’s been very cold and unpleasant”. Thinking about a trip to Hornstrandir next summer? Think twice – read the story. Link in our bio.

5. Get out of Iceland for a while

Wow Air have loads of new destinations including the Middle East. Or there’s Scotland. Or… Now if I just have the time and money…

Follow @earthzones for more. One of the new Seven Wonders of the world in Jordan 🇯🇴 cc: @erubes1 📸